The African tribal artist's training, which may last many years, involves the secret knowledge of traditional carving techniques and how these apply to the social and religious objects he creates.

The African tribal artist's training, which may last many years, involves the secret knowledge of traditional carving techniques and how these apply to the social and religious objects he creates. His craft can be learned as an apprentice in the workshop of a master carver, or sometimes these skills are passed down from father to son through many generations of his family.

The artist holds a respected position in African tribal society. It is his job to provide the various masks and sculptures for use in ritual ceremonies. His work is valued for its spiritual, rather than its aesthetic qualities. Art without a 'spiritual dimension', in the broadest sense of the term, never transcends the level of mere craftsmanship and is unable to communicate those elevated emotions that are born from a deeper mystical inspiration.

The Influence of African Tribal Art on Western Art 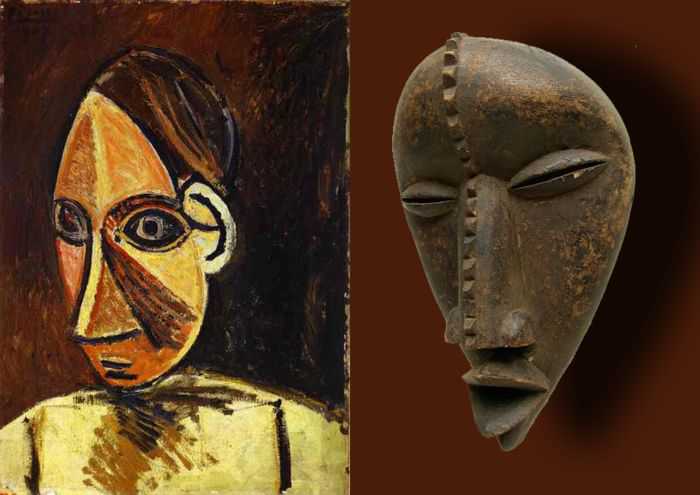 When artists and collectors in the West first took an interest in African Art, they did not appreciate its social or spiritual function. African art was simply viewed as a naive genre with a strong visual impact.

At the dawn of the 20th century, European artists were looking for new forms of expression that challenged, rather than simply illustrated, their rapidly changing world of ideas and technology. The traditional techniques of realism and perspective seemed overworked and predictable. Their solution was to draw on images from other cultures and fuse them with European influences to refresh the tired traditions of Western Art.

The new perspectives that these cultures offered opened many doors of development which led to the cross-fertilization of ideas and styles that constitute our art world today. The expressive power of African art was fundamental to this revolution and to the development of the first modernist styles: Cubism, Fauvism and Expressionism.

Today, the finer qualities of African tribal art, like the qualities of good art from any continent, are more clearly understood and have assumed their true position in the art of mankind. Sadly however, most traditional African artworks are now produced for the tourist trade. Although some of these objects are examples of skilled craftsmanship, they lack the honest character that is generated by a spiritual, as opposed to a profit motive.