The Goma people come from around the northern shores of Lake Kivu, just north of Lake Tanganyika in the Democratic Republic of the Congo.

The region is part of the Great Rift Valley which experiences earthquakes and eruptions of the Nyiragongo and Nyamuragira volcanoes.

Goma is a the capital city of the North Kivu province, one kilometer from the Rwandan Border 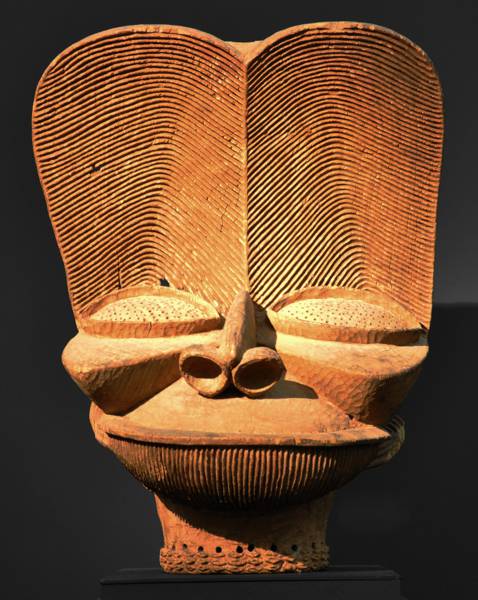 Bamileke 'king mask' from the Master of Bamendjou in Cameroon.
Photo © Andreas Praefcke